1. Reflection on the verses from the Holy Qur'an

3. Review of SOP for Electing the President of The World Federation

11. Election of Chairman and Executive Committee of Foundation Fund

Reflection on the verses from the Holy Qur'an

The second day of the fourth ExCo of the term 2017-2020 started with another beautiful recitation from the Holy Qur'an from students from the As-Sadiq Islamic School in Toronto, Canada. 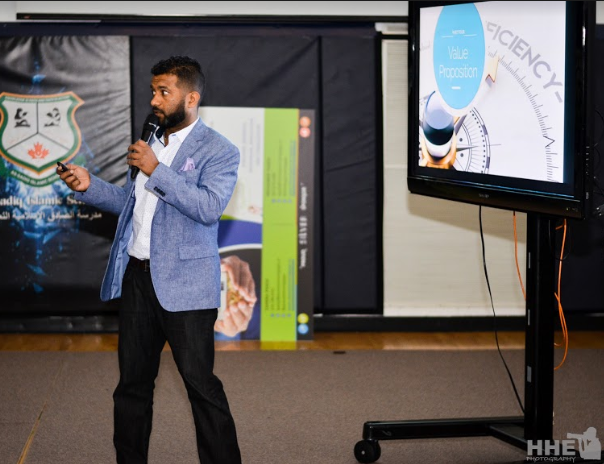 Mahmood Dhala, Assistant Secretary General, introduced Ali Jawaad Sachoo, who came to Canada from Africa to study aged 17. He has been living and working in Canada for nearly two decades. He is currently the Vice President of Marketing at a national firm, and manages his own team.

Ali Jawaad helps other students from abroad who want to study in Canada by giving them advice on which courses and colleges to study at, which routes to take to ensure they have the best chance of success and advice on gaining employment afterwards. As well as visiting various centres and schools to give presentations about this, he also has a YouTube channel, filled with videos of such advice. He speaks to students directly and provides recommendations to them specifically based on extensive research and his personal experience. He stressed the importance of work experience, which increases employability. The delegation thanked him for his refreshing presentation, which was incredibly insightful. 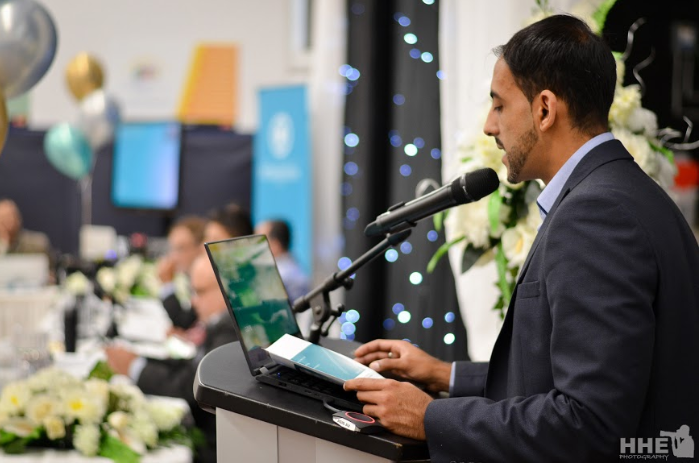 Assistant Honorary Treasurer, Muntazir Bhimji, presented the update on Compliance. Muntazir spoke about the work we have done so far, including an internal audit and implementation and formulation of various policies, procedures and training sessions as part of the compliance toolkit. The GDPR law came into play last year and The World Federation updated our data protection procedures to ensure we are compliant with the law. The adoption of the CRM system which is a very useful system that allows to capture donor data and also has reporting functionalities, above all is also GDPR compliant.

We have reviewed our Code of Conduct, and provided training to all staff and volunteers including office bearers, to ensure everyone involved with the organisation is fully aware of our policy. It is important to the organisation to ensure we are compliant in all areas.

WF Secretary General, Shan E Abbas Hassam, presented an update on our new Khoja News platform, which aims to unite and connect our global Khoja community. Shan informed the delegation that Khoja News is getting many hits already, alhamdulilah, and we are receiving many stories and articles on a regular basis. There is a full team behind Khoja News, with Shan E Abbas Hassam as chair and representatives from each region. The team works together to curate and share community news with the rest of the community. Comments and observations from the floor were all incredibly positive, with many councillors praising the team on such a fantastic platform. Visit www.khojanews.org to read some of the articles people have submitted!

Education and the Eradication of Poverty in the Khoja Community: 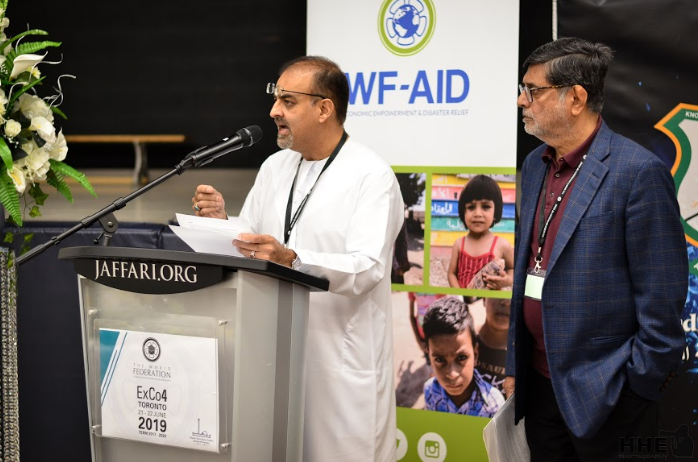 Councillors Sibtein Asaria and Mustafa Kassam spoke to the delegation about their work in Education and the Eradication of Poverty in the Khoja Community where over the last six months they have raised $1.2 million for this cause. The team are now utilising these funds by providing loans to Khoja community members to help give them the support they need to break free from poverty. He said they have already provided 150 loans since the last ExCo in November and are now approving around 30 loans a month. Each case is heavily vetted and must have a viable business plan before they are approved. Some of the businesses include Uber businesses and beauty salons. Sibtein says he has already seen people lifting their whole families out of poverty, which shows the long term impact we are having on our Khoja community.

Mustafa Kassam spoke about his work in helping children receive an education, which can change the course of their life. He has been working with the ZCSS team of The World Federation to achieve this. He said the team is working towards the 'economic upliftment of every Khoja family in need'.

The floor was open for questions and observations and many councillors praised the team on their work in this area and said they are making a big difference in the community. 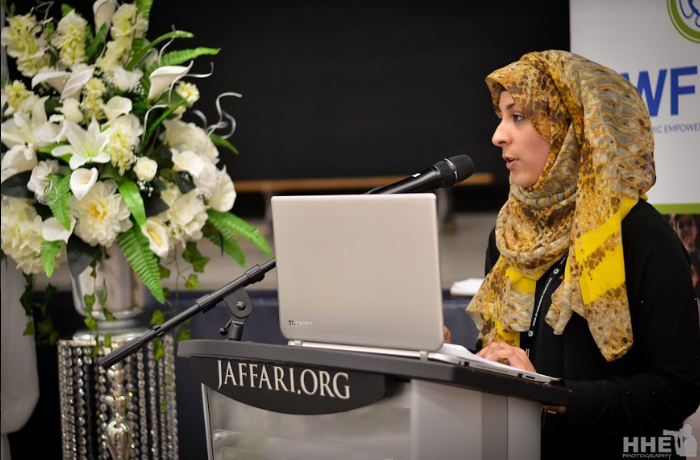 Madiha Raza, the Head of WF-AID, presented some research surrounding potentially seeking funding for ongoing development work throughout the world. She talked through some options that other organisations in the charity sector have applied for and received. She highlighted the importance of taking the time to look into this in more detail to ensure we are completing the applications and using the funds effectively.

Review of SOP for Electing the President of The World Federation

The Head of the Electoral Commission Mujtaba Datoo talked the delegation through the Standard Operating Procedures for Electing the President of The World Federation. These Standard Operating Procedures (SOPs) were implemented at the last ExCo in November ahead of the next election, which will take place next year inshallah. The delegation discussed potentially amending the SOPs and when it would be most appropriate to do so. As per the constitution, the ExCo can make the amendments, but they would need to be ratified at the Triennial Conference. After the discussion, Shan E Abbas Hassam advised that they hold off making any changes now and wait until the Triennial Conference, where they can empower the ExCo to make such changes.

After the discussion, Shan E Abbas Hassam concluded by recommending that the SOP should remain unchanged and be further discussed at the next Triennial Conference, where it can empower the ExCo to make such changes within an agreed timeframe. Mujtaba Datoo concurred with the recommendation. 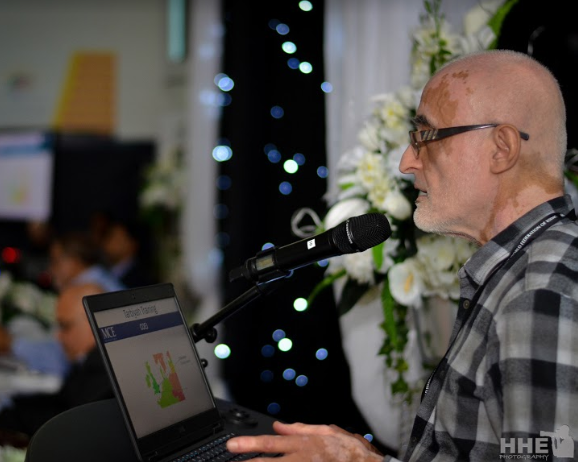 Naushad Mehrali, the Head of the Madrasah Centre of Excellence (MCE) was next to present his update to the councillors and attendees. He talked through the various aspects of the MCE, including the different types of training sessions they run. The training sessions, such as Neuro Psychology of Learning, Tarbiyah Training and Teacher Skills Programme, ensure that all teachers are trained and have the tools to teach the students the new curriculum. The number of teachers trained to date is as follows:

Another aspect of MCE is the Tarbiyyah Curriculum. The details on the books being published in different languages were discussed along with the details of the story books. In total, over 100,000 books have been printed over the last year and nearly 7,000 students are benefiting from this.

He then talked about some of their plans for the future, which include the upcoming meeting of the newly created MCE Advisory Board, the review of the teaching guides, further teacher development sessions and online demo sessions.

One of the questions asked by the councillors was regarding the MCE team observing the lessons to see how they are being taught. Naushad responded by saying that this already does take place and we will continue to do more lesson observations to gain first-hand insight.

In the last ExCo, which was held in Karachi in November 2018, the Project North Star (PNS) Version Two proposal was adopted. Terms of Reference for the Presidents Strategic Sub Committee were drawn up in the time since the last ExCo and were debated and amended today. The new resolution, which is being written up, is yet to be adopted.

Mohamedkazim Bhaloo, Honorary Treasurer of The World Federation presented the treasury report to the attendees. He updated the delegates about The World Federation accounts and donations and, along with WF Councillor Sibtein Asaria, shared the Foundation Fund report, which summarised the progress made with the investments and the resulting income received in the year, along with the plans for the future. Sibtein also spoke about another potential foundation fund with new terms of reference and investment advisory board. This was discussed amongst the delegates and it was concluded that a decision would be made once more strategizing has taken place.

The final paper presented was the Treasury Paper on Secretariat Running Short and Medium Funding Strategy by Muntazir Bhimji, Assistant Treasurer of The World Federation, which looked at options to increase the Secretariat funding in order to meet the day to day costs incurred by the charity.

This item was followed up from yesterday (Friday) as the parties involved continued with the discussions. The delegation reached a consensus that WF-AID will continue in its current status quo format with certain criteria, including the appointment of an advisory committee of experts to enhance and improve the processes, operational and governance practices for the department. The resolution was proposed and seconded. The motion was unanimously passed.

Shan E Abbas Hassam requested support from representatives from each region to create a team to work on this further and present at the next ExCo.

The date and venue of the Fifth ExCo of the term were discussed and we received invitations from FAC to come to Australia, from CoEJ to come to Europe, from Pakistan Federation to return to Pakistan and from Africa Federation to come to Africa. Shan E Abbas Hassam said he would discuss this with his Office Bearer team and Regional teams and come to a discussion.

Election of Chairman and Executive Committee of Foundation Fund

Following discussions from the last ExCo in Karachi in November 2018, there were elections of the Chairman and Executive Committee of Foundation Fund. The delegation pointed out that since there were many ongoing projects by the current team, who are doing great work so far, they should be requested to continue until the Triennial Conference in 2019. The resolution was to renew the mandate with the addition of one new member, Habib Meghjee. This was passed unanimously and Shan E Abbas Hassam congratulated the team and thanked them for their hard work so far.

Arif Jacksi, the newly elected President of NASIMCO thanked The World Federation for accepting NASIMCO's invitation of holding the ExCo in Toronto and thanked the efforts of the volunteers for helping everything run smoothly.

Africa Federation Chairman, Shabir Najafi, echoed these words and thanked all of the volunteers and noted the warmth the delegation has felt while being in Toronto.

The World Federation President, Alhaj Anwarali Dharamsi closed the remarks by thanking all councillors for attending this event, thanking the NASIMCO team for inviting us and the ISIJ of Toronto team and volunteers for their excellent service. 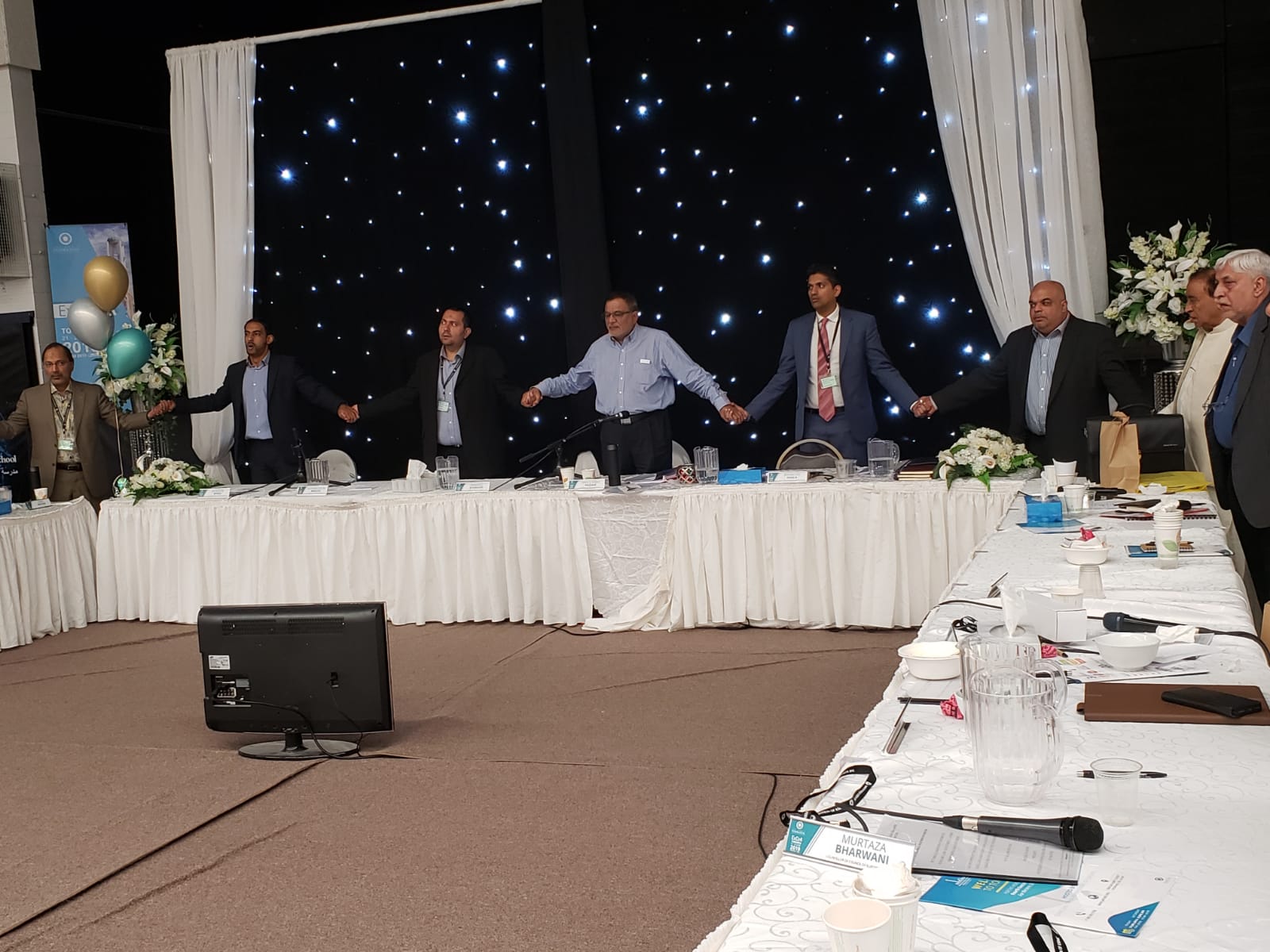 The Launch of Khoja News

Khoja News is a new online home for the community to share breaking news on achievements in things like business, education and sport – along with more personal related news, including updates on weddings, bereavements and new-borns.

The end of the calendar year is always busy at The World Federation and I would like to take some time to tell you about the projects we are currently working on.

COVID-19 KSIMC Emergency Appeal - As the coronavirus pandemic sweeps the globe, hundreds of thousands of people have already contracted the virus with a significant number losing their lives especially as situations have escalated in India. Find out how you can donate to this appeal here.